ANCA DRAGU took over the position of Deputy General Director of E.ON Romania at the beginning of 2019. As a member of the Board of Directors of one of the main suppliers of gas and electricity on the local market, Anca Dragu coordinates the departments of Public Affairs, Regulation, Communication and CSR.

Anca Dragu is the second woman Minister of Finance in the history of Romania, holding this portfolio from November 2015 to early January 2017. Previously, in 2013, she was an economic analyst in the Directorate General for Economic and Financial Affairs of the European Commission, after a 12 years of experience in the IMF office in Bucharest. Between 1996-2001, Anca Dragu was an economist at the National Bank of Romania. He holds a bachelor’s degree and a doctorate in economics from the Academy of Economic Studies in Bucharest, a master’s degree in public policy and EU membership graduated from the National School of Political and Administrative Studies in Bucharest and attended various programs at Georgetown University, Program of scholarships for Central and Eastern Europe and at George Washington University, Washington DC. 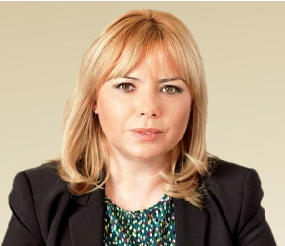